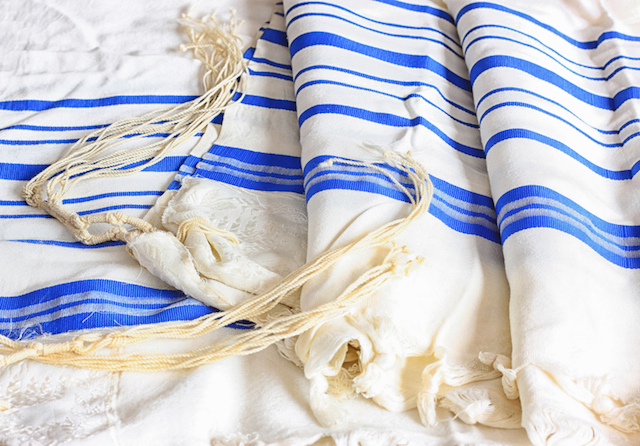 The Jewish nation received its blessings from God in its Eternal Election. “Now the LORD said to Abram, “Go from your country and your kindred and your father’s house to the land that I will show you. And I will make of you a great nation, and I will bless you, and make your name great, so that you will be a blessing. I will bless those who bless you, and him who curses you I will curse; and by you all the families of the earth shall bless themselves” Gen 12:1–3. Abram the Hebrew Gen 14:13 crossed over from doing his own will to doing God’s will.

The Jewish nation’s responsibility was given by God himself on Mt. Sinai. Moses wrote down the words God had spoken to him, which are called the Torah. “Moses came and told the people all the words of the LORD and all the ordinances” Ex 24:3. The entire nation of Israel gathered at the foot of Mt. Sinai and agreed. “All the words which the LORD has spoken we will do.” Ex 24:3. And again. “All that the LORD has spoken we will do, and we will be obedient.” Ex 24:7. “And Moses took the blood and threw it upon the people, and said, “Behold the blood of the covenant which the LORD has made with you in accordance with all these words” Ex 24:8. Why blood? God himself answers, “The life of the flesh is in the blood; and I have given it for you upon the altar to make atonement for your souls; for it is the blood that makes atonement, by reason of the life” Lev 17:11. God’s people Israel pledged their lives, and their descendants’ lives, to the Torah. Maimonides (AD 1135-1204) explained the minimum level of belief necessary for a Jew to be accepted in the Jewish community of faith in his Thirteen Principles.

This Mosaic Covenant has never been revoked. God’s complete revelation to Moses for Israel, the Torah that with the sages’ commentaries form the halakha and hagada. Our Father told us, “Moses … is entrusted with all my house. With him I speak mouth to mouth, clearly, and not in dark speech; and he beholds the form of the Lord” Num 12:7–8. God kept it open because its moral law remains in force for Catholics, and to allow Jews an opportunity for salvation despite the Necessity of Baptism.

After the time of King Solomon, the land of Israel tore into a northern kingdom of Israel and a southern kingdom of Judah. During the next two-and-a-half centuries nineteen kings governed the northern kingdom of Israel. All worshiped idols and led the Israelite people to worship idols. “And they burned their sons and their daughters as offerings, and used divination and sorcery, and sold themselves to do evil in the sight of the LORD, provoking him to anger. Therefore the LORD was very angry with Israel, and removed them out of his sight; none was left but the tribe of Judah only” 2 Kings 17:17–18. From that time God’s people Israel were known as Judeans, or Jews. Their faith was called Judaism. Timeline for the History of Judaism.

It is remarkable that Judaism has named its great modern branches for the extent of their departure from God‘s Torah given to Moses. From Moses to the end of the Second Temple there were great changes in the level of obedience, but if Moses had walked into the Second Temple he would have recognized its Mosaic Judaism, its language, halakha, and worship. After AD 70 the rabbis had to reconstitute Judaism without the Temple sacrifices that had been its primary liturgy, but they held fast to the Torah mitzvot as best they could. But within the past two centuries we have had Orthodox Judaism “continuation of the beliefs and practices of normative Judaism, as accepted by the Jewish nation at Mt. Sinai and codified in successive generations in an ongoing process that continues to this day,”  Conservative Judaism “to conserve Jewish traditions in the U.S.,” Reform Judaism, “views both the Oral and Written laws as a product of human hands (specifically, it views the Torah as divinely inspired, but written in the language of the time in which it was given), and Reconstruction Judaism “the Torah was a human document recording the Jewish people’s earliest record of their search for God and for the behaviors that would lead to human responsibility.”

The great Jewish effort to reconcile God‘s commands with man’s changing environment has its counterpart in Holy Mother Church. has a counterpart. Rabbi Yeshua told his shlikhim,

Within the Sacred Tradition of Apostolic Teaching is this development of doctrine. St. Vincent of Lérins, its original expositor, wrote, “Will there, then, be no progress of religion in the Church of Christ? Certainly there is, and the greatest.… But it is truly progress and not a change of faith. What is meant by progress is that something is brought to an advancement within itself; by change, something is transformed from one thing into another.” Within the development of doctrine a boy grows into a man but he is always the same person.